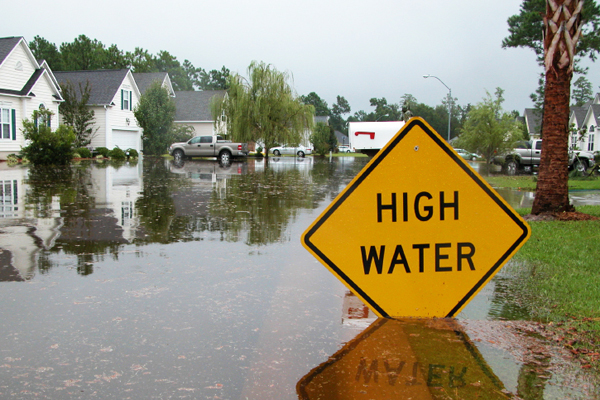 Q: I don’t live in an area that’s prone to flooding. Do I really need to buy flood insurance?

A: In most cases, it’s a good idea to purchase flood insurance. After all, floods are the number one natural disaster in the United States, and they happen in all 50 states. What’s more, people outside of high-risk areas file more than 20 percent of National Flood Insurance Program claims and receive one-third of disaster assistance for flooding. (This is especially true for homes in new housing developments since developers often divert natural runoff paths and knock down trees to accommodate new homes.)

Also keep in mind that it’s not always storms that bring on flood damage. “When people think of floods, they often imagine hurricanes and severe storms that cause massive flooding,” says Terry McConnell, vice president, Personal Lines Underwriting. “However, winter storms and melting snow are the most common and overlooked causes of floods.”

If you’re banking on federal disaster aid to come to your rescue, you should know that less than 10 percent of all weather events are declared disasters. Also keep in mind that it doesn’t take a catastrophe for damage to occur—just one inch of water can wreak major havoc on your home.

Due to the often widespread catastrophic nature of flooding, there are no homeowners policies that automatically include flood coverage. You can only secure flood insurance to protect your home or business through the Federal Emergency Management Agency’s National Flood Insurance Program. Purchasing flood insurance—which is backed by the federal government and can cost as little as $129 a year—enables you to receive coverage for your home and your belongings. (Just be aware that flood insurance does not cover any basement improvements such as finished walls and carpets or any personal belongings stored in your basement.) If you rent, there are policies that will protect just your contents.

Most, but not all, communities are eligible for flood insurance. Your ERIE Insurance Agent can tell you if it’s available in your area. If you’re interested in flood insurance, it’s better to act sooner rather than later since there’s a 30-day waiting period before the policy goes into effect.

In addition to contacting your ERIE Insurance Agent, you can also learn more about flood prevention and the National Flood Insurance Program by visiting fema.gov or calling 1-800-CALL-FLOOD (1-800-225-5356).

Insurance question have you stumped? Then email it to Eriesense@erieinsurance.com for possible inclusion in an upcoming Ask ERIE column.

Q: I don't live in an area that’s prone to flooding. Do I really need to buy flood insurance? /blog/ask-erie-i-dont-live-in-an-area-thats-prone-to-flooding-do-i-really-need-to-buy-flood-insurance Erie Insurance https://www.erieinsurance.com/-/media/images/erieinsurance/erieinsurancelogo.png

Your Quick and Easy Guide to Electrical Safety at Home