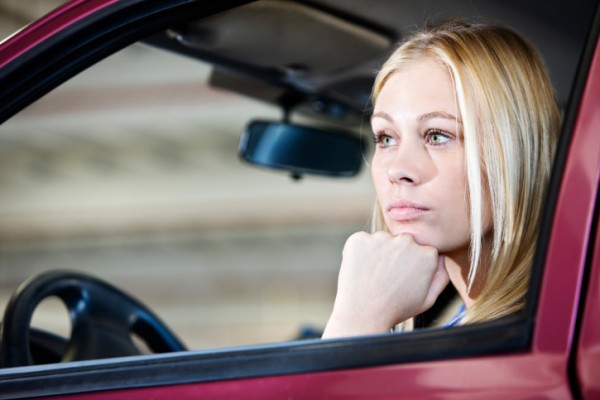 From 2010-2011, more than 65,000 people were killed in car crashes; one in 10 of those crashes involved at least one person who was driving distracted.

While some people might only think of texting and driving when they think of driving distracted, cell phones aren’t the only distraction on the road. Distracted driving is anything that takes your mind off of driving safely. Take a look at the top 10 distractions involved in fatal car crashes and stay safe on the road. 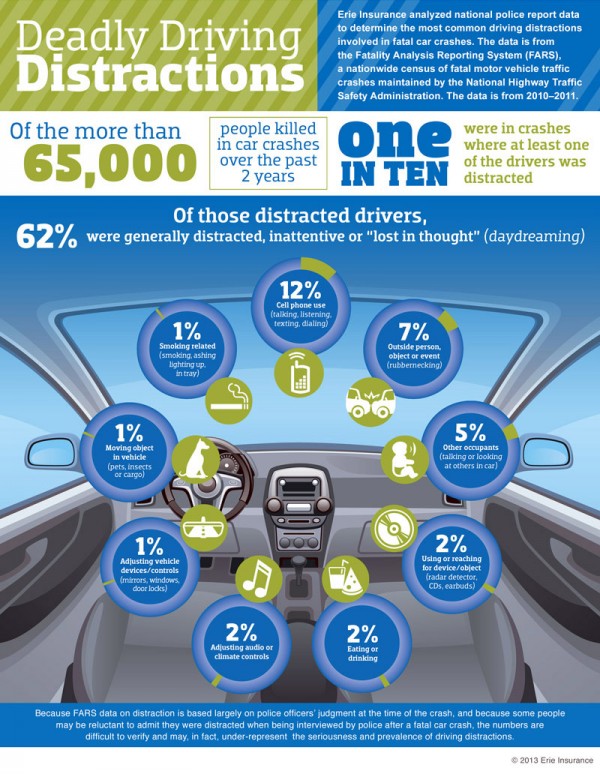 *FARS data on distraction is based largely on police officers’ judgment at the time of the crash, and because some people may be reluctant to admit they were distracted when being interviewed by police after a fatal car crash, the numbers are difficult to verify and may, in fact, under-represent the seriousness and prevalence of driving distractions. The data is meaningful, however, because unlike surveys in which consumers self-report the types of distracted behaviors they engage in, the FARS data is based on actual police reports on fatal crashes. We consulted with the Insurance Institute for Highway Safety in our analysis.

Being “lost in thought” is the number one driving distraction involved in fatal car crashes. /blog/driving-distracted-snap-out-of-it-your-life-depends-on-it Erie Insurance https://www.erieinsurance.com/-/media/images/erieinsurance/erieinsurancelogo.png

The insurance products and rates, if applicable, described in this blog are in effect as of June 2013 and may be changed at any time.