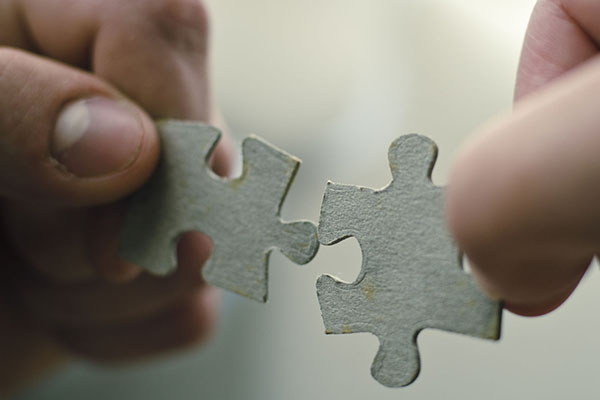 Mike Masters never intended to be a business owner, let alone one who was building from scratch. He intended to be a district sales manager for a financial services corporation. But in the mid ‘90s, he had to make a choice: establish work in his current location or move his two young sons across states.

He decided not to make the move; instead, he took a pay cut to build his own insurance agency, starting from scratch. Sixteen years later, he’s acquired several other small businesses and now employs 14 people in six Indiana locations.

He remembers not that long ago, ERIE CEO Terry Cavanaugh saying to him, “Congratulations. You’ve made the step from being an insurance agent to being a business owner,” in reference to his acquisition.

It resonated with him in a big way, as he realized it was true. “All I ever wanted to be was a financial guy,” Mike says. “But I love growing this business.”

While Mike has grown his business by word-of-mouth referrals and traditional sales techniques (cold calling, advertising, etc.), his biggest growth strategy is acquiring other businesses. (Nine so far.) His first acquisition came about after helping a friend.

“I’d partnered with another agency to help them with investment business,” he recalls. “I was walking them through selling their book so they could move into retirement. At the last minute, one of the partners called me and said he really wasn’t comfortable with the buyer. He suggested I buy the business instead.”

Mike wasn’t keen on that idea. After all, he was supporting a family and didn’t really have the money to invest at that time. But he went to meet with the two owners as a courtesy and to offer them what he thought he could afford.

“I was shocked when they took it,” he remembers. That first acquisition became profitable for him within five years—and proved to Mike that merger and acquisition was a path to growth.

The Challenges of Running a Business

The discussion around taxes and affordable health care is something Mike pays a great deal of attention to.

“We’re constantly reaching out to professionals to make sure we’re doing things the best we can from a cash flow perspective,” Mike says. That means reaching out to lawyers, accountants and HR specialists who can provide advice on the best way to deal with federal regulations.

Mike incorporated the business in 2008 in hopes of protecting it from extra taxation, and the experience wasn’t easy. While that transition was challenging and the overall planning for taxes can be frustrating, none of it stops Mike from being who he really is – an entrepreneur.

Erie Insurance is committed to selling insurance through independent agents like Mike, who believe in the entrepreneurial spirit and can deliver personal and local service to customers like you.

How to Create Your Employee Handbook

7 Tips To Protect Your Business From Water Damage