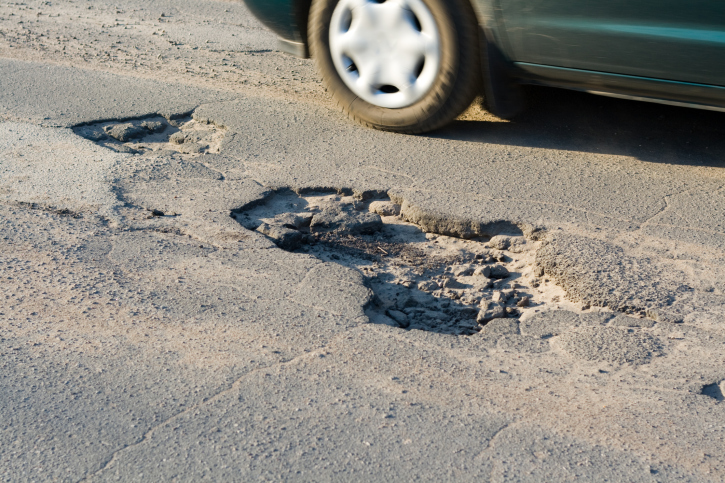 Bump, bump… swerve! After a long, harsh winter, potholes are back.

Potholes aren’t just a nuisance on your daily commute. They can be a real drain on your wallet if your vehicle is damaged by one. They are also a leading cause of car accidents since drivers often brake quickly or swerve unexpectedly to avoid them.

Some cities are turning to interactive, online solutions when it comes time to dealing with these pain-in-the-butt potholes. The solutions aim to increase the efficiency of reporting and repairing potholes and to get drivers more involved.

In addition to being able to report potholes, some programs also include the status of the repair request, when a pothole was repaired and how long it took to repair it. One city (unfortunately, not in the U.S.), took it a step further and resorted to "tweeting" potholes when the government failed to respond quickly to the problem.

If you live in one of these cities, take advantage of this new way to report potholes (and make a mental note of which streets to avoid).

These websites can help you avoid potholes and the damage they can do to your car. Of course, it’s still a good idea to drive safely during pothole season. It’s also worth remembering that you might be able to file a pothole claim with your city.

After winter comes spring--and potholes. Is your city among the ones experimenting with new ways to report and monitor pothole repair progress? /blog/cities-experiment-with-a-new-way-to-report-potholes Erie Insurance https://www.erieinsurance.com/-/media/images/erieinsurance/erieinsurancelogo.png

What To Know About Crash Test Ratings and Car Safety Ratings

3 Ways to Line Up a Designated Driver

Everything You've Ever Wondered About Roundabouts

The insurance products and rates, if applicable, described in this blog are in effect as of March 2016 and may be changed at any time.