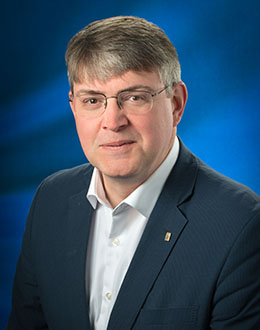 Smith joined The ERIE in 1999 as a commercial actuarial analyst.  He was promoted to supervisor of the Personal Pricing and Modeling Section in 2003.  In 2008, Smith was named senior vice president, Personal Lines—a position he held until joining executive leadership in 2016.

Smith serves on the Board of Directors of the Insurance Institute for Business and Home Safety as chair of the Research Advisory Committee.  He also serves on and is former chair of the Young Leaders Council (YLC) Steering Committee for United Way.

Smith holds a bachelor’s degree in statistics from Northwestern University in Evanston, Illinois.  He is a fellow of the Casualty Actuarial Society (FCAS), a member of the American Academy of Actuaries (MAAA) and a Chartered Property Casualty Underwriter (CPCU).

Complete the form below to request your Doug Smith insurance quote from a local ERIE agent.